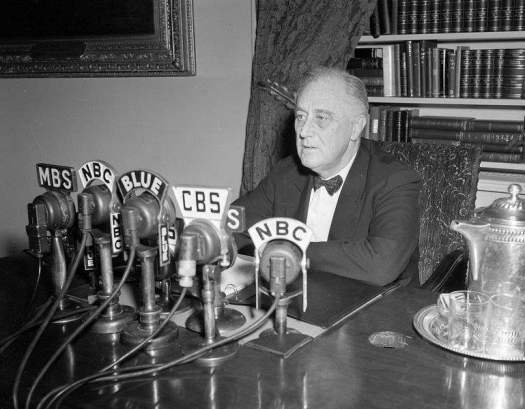 Franklin D Roosevelt was inaugurated as US President in March 1933, in the depth of the Great Depression. His famous comment that “The only thing we have to fear is fear itself” was reassuring to his troubled countrymen, and has resonated down the years. If and when it turns out that machines will make it impossible for many people to earn a living, fear will not be our only problem. But it may well turn out to be our first very serious problem.

Fully autonomous, self-driving vehicles will start to be sold during the coming decade – perhaps within five years. Because of the substantial cost saving to the operators of commercial fleets, the humans driving taxis, lorries, vans and buses will be laid off quickly during the decade which follows. Within fifteen or twenty years from now, it is likely there will be very few professional drivers left.

Well before this process is complete, though, people will understand that it is happening, and that it is inevitable. Most of us will have a friend, acquaintance or family member who used to be a professional driver. And the technology that destroyed their job will be very evident. One of the interesting and important things about self-driving cars is they are not invisible, like Google Translate, or Facebook’s facial recognition AI systems. They are tangible, physical things which cannot be ignored.

Most people are not thinking about the possibility of technological unemployment today. They see reports about it in the media, and they hear some people saying it is coming and others saying it cannot happen. They shrug – perhaps shudder – and get on with their lives. This response will no longer be possible when robots are driving around freely, and human drivers are losing their jobs. This cannot fail to strike people as remarkable. Learning to drive is a difficult process, a rite of passage which humans are only allowed to undertake on public roads when they are virtually adult. The fact that robots can suddenly do it better than humans is not something you can ignore.

No doubt some will try to dismiss the phenomenon by explaining that driving wasn’t evidence of intelligence after all: like chess, it is mere computation. Tesler’s Theorem – the definition of AI as whatever we cannot yet do – will persist. But most people will not be fooled. Self-driving vehicles will probably be the canary in the coal mine, making it impossible to ignore the impact of cognitive automation. People will realise that machines have indeed become highly competent, and they will realise that their own job may also be vulnerable.

If we have a Franklin D. Roosevelt in charge at the time – perhaps one in every country – this may not be a problem. If there is a plausible plan for how to navigate the economic singularity, and a safe pair of hands to implement the plan, then we may be OK.

Unfortunately we do not currently have a plan. There is no consensus about what kind of economy could cope with a majority of the population being permanently unemployed, nor how to get from here to there. Neither are all the top jobs in safe pairs of hands.

In the absence of a solid plan explained by a reassuringly competent leadership, the reaction of large numbers of people realising that their livelihoods are in jeopardy is not hard to predict: there will be panic.

When will this panic occur? Within a few years of self-driving vehicles starting to lay off human drivers. In other words, in a decade or so.

The election of Trump and the Brexit referendum result were political earthquakes. Politics has not been so “interesting” since at least the fall of the Berlin Wall and the end of the Cold War at the end of the 1980s. But compared with what could happen if a majority of the population believes that they are about to become unemployable, they were relatively minor. The possible impacts of a panic about impending widespread joblessness could be enormous, and they are worth expending considerable effort to avoid.